The ‘guesthouse’ was on the 7th floor and communal breakfast served on the 8th. The cheapest sleeping space I could get in Rangoon. Cheapest being 35USD totaling to $70FJD per night!

Despite the crammy rooms, the breakfast area came with abundant sunshine, tinkling chants from the nearby pagodas and a 180 degree view of the city. Suruj would have said it’s good start. Waking up to temple bells is all shubh shubh. 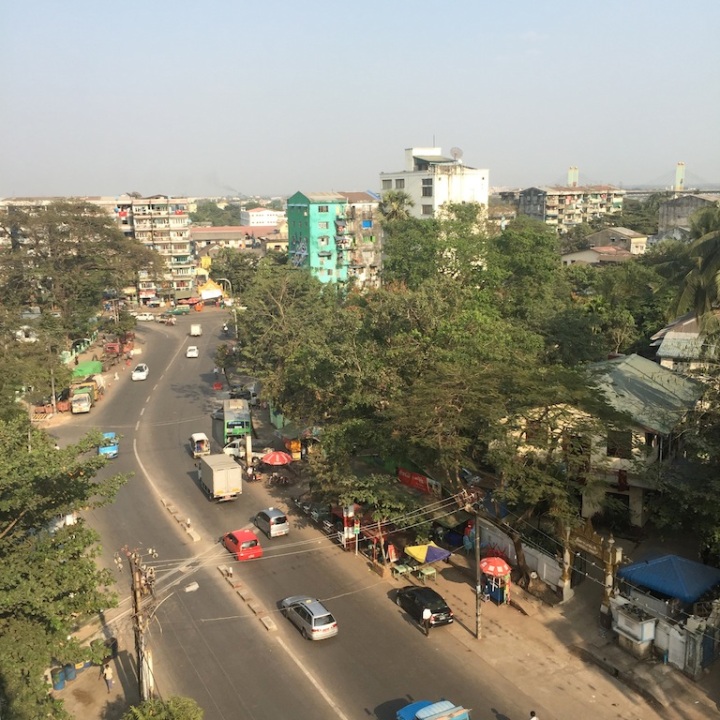 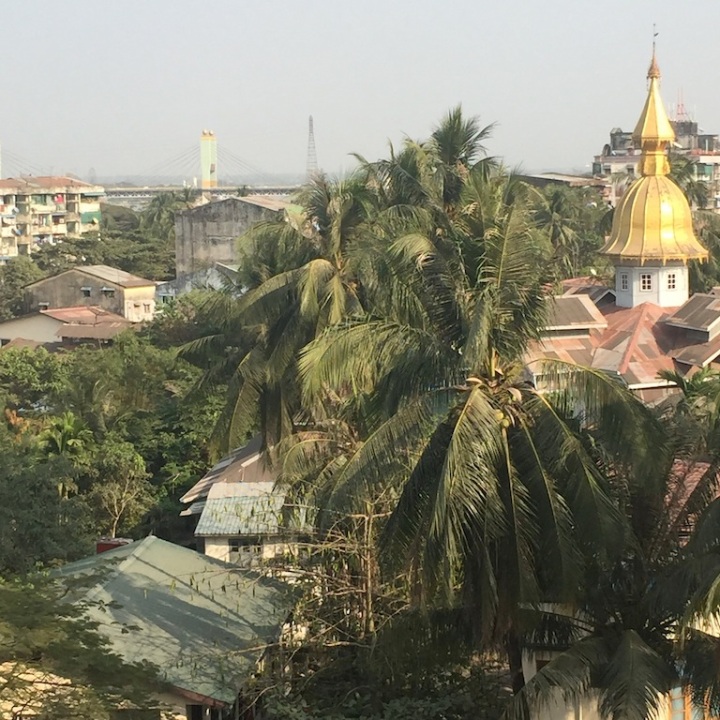 So just because I deciddeeed to do this, doesn’t mean Burma’s going to drop it’s border barricades and let me flitter through. 😛 Crossing borders are serious business here especially if it’s a newly re-opened one. And to cross into India, there is a tangled process where you have to get a special permit to cross over. Copious amounts of paperwork, a valid itinerary, right visas and an explanation as to why a Fiji passport holder needs to cross the land border instead of flying. This had to be arranged via MTT, Myanmar government owned travel agency. If there is one thing I know, it is how government agencies work.  Therefore with a recommendation from a fellow traveler, I had gotten in contact with a private agent who could do that for you at 5 times more the cost. I had already sent my paperwork from Phnom Penh so all I had to do was pay up. I was curious to meet this person I had been communicating now for over 5 months and it turned out to be a lovely Burmese woman. I paid up my $100USD (yup!) in blind faith crossing my fingers that the permit arrives at the border control office on the day I had to cross as promised (because when I met her, she still didn’t have the approval.) With paperwork taken care of, I had to forge further up into the country to be at the border on the 9th. You are permitted to cross only once and precisely on the approved date. So if you reach after the border office closes on the day, you’re fucked.)

Standing at the bus ticket counter in sweltering heat and deliberating whether to leave tonight or tomorrow, I found myself staring into a mouth full of rotten black teeth stained in orange betel juice. And so my first encounter with the Burmese Indians and the Burmese love and addiction for the paan as much as their Indian neighbors. “Hindi aate?” Indian blood via Malaysia whose mother is Muslim (sometimes people tell me things I don’t ask for). It was his sound advise that I got out of Rangoon that night. It took me a while to buy my bus tickets, I didn’t want to be duped as I was in Cambodia but I didn’t need to worry about that. Because Burma is nothing like Cambodia.

Watching a documentary on India-Myanmar relation, it took me some time to figure why they kept playing an old silly bollywood classic in the background. Apparently the song had always mentioned Rangoon in it and here I was 30 years later discovering this via a BBC show!

Most prices are fixed and haggling doesn’t get you much in Burma. Walking around Rangoon had a very Kolkata like vibe plus the pagodas. Colonial reminiscent was everywhere. In the old rail tracks that ran through the townships, the architecture etc. Despite dominant Buddhism, you could easily see presence of other religions. 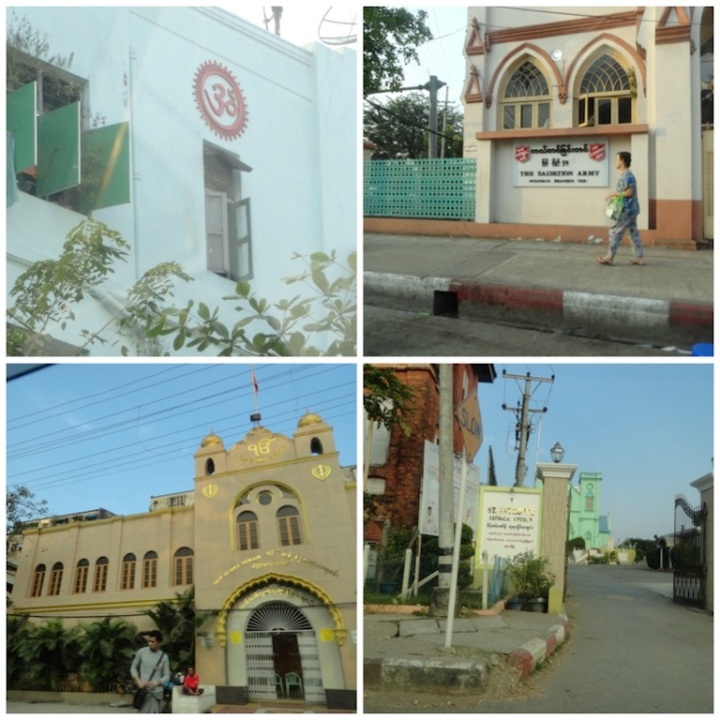 Men and women alike wore skirts however the male wore that skirts far more neatly than the South Indian lungis. 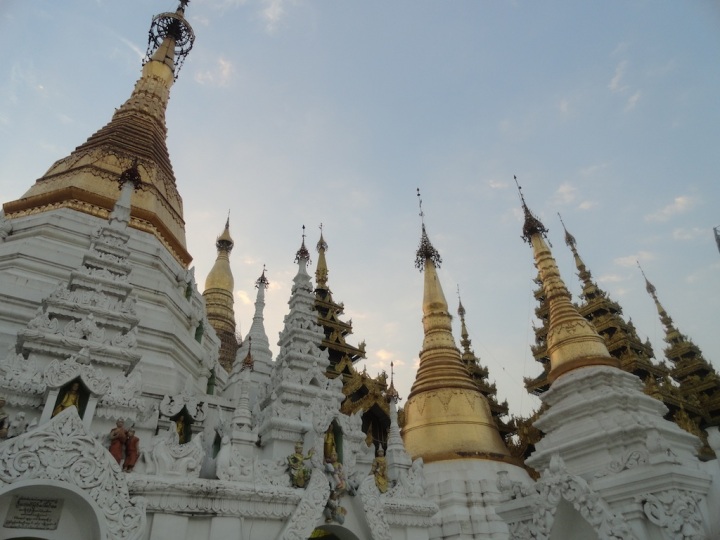 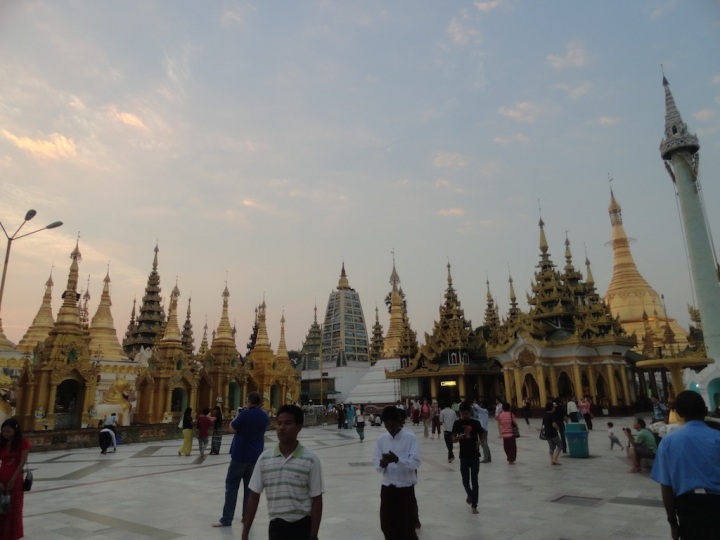 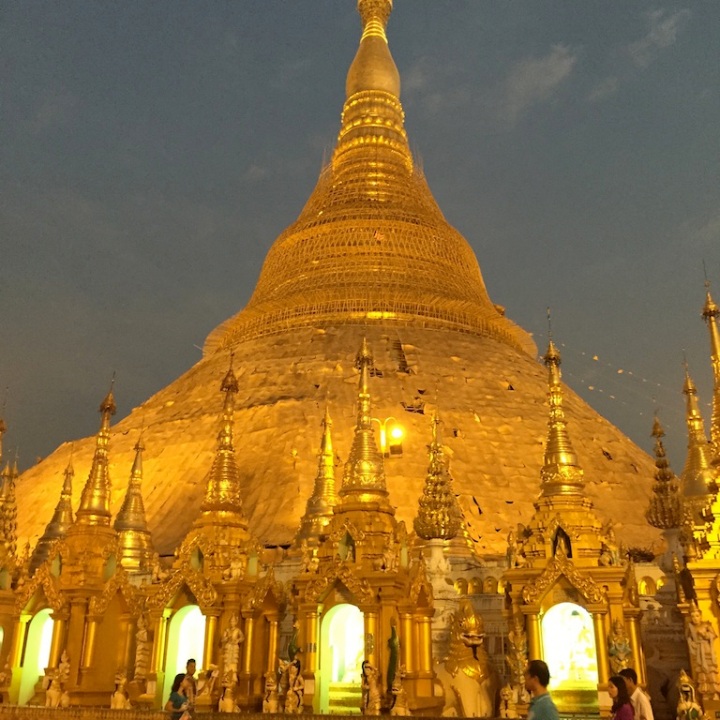 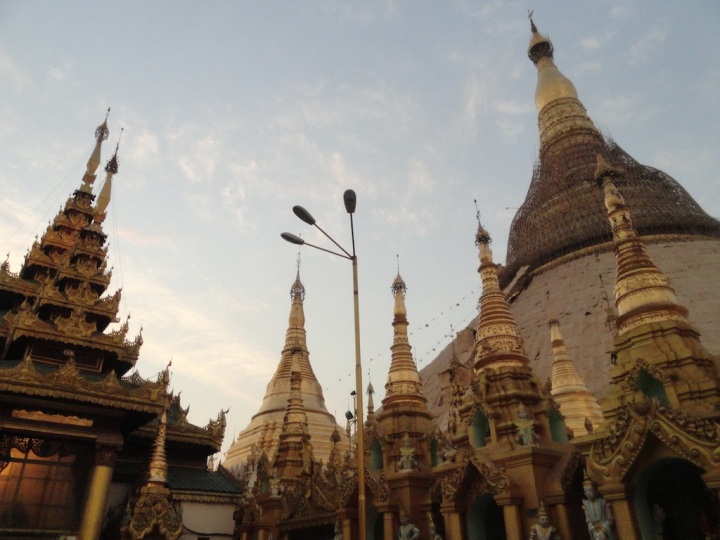 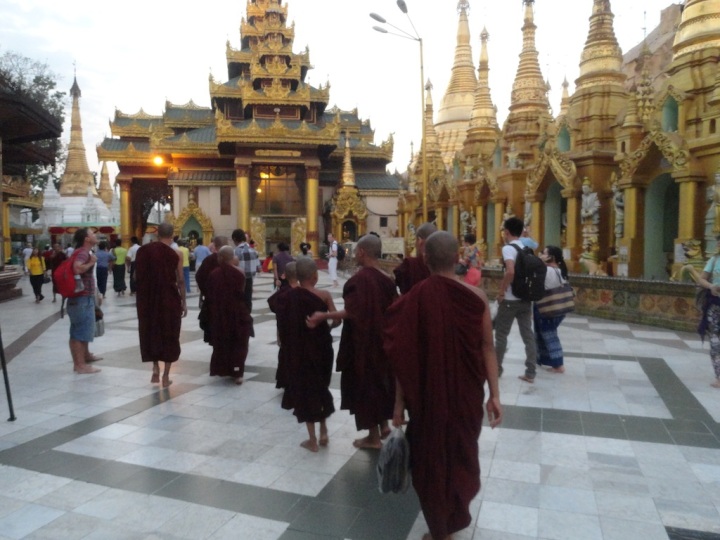 I checked out with my bag. Hired a taxi to the bus stand via the glorious Shwedgon Paya. I will have to find more about Theravada Buddhism because in the Pagado there were daily corners like in the Hindu gharhas. 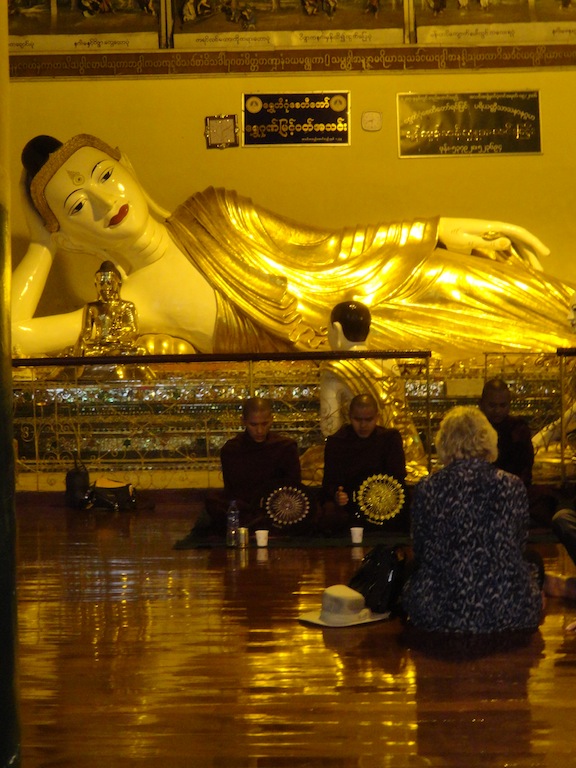 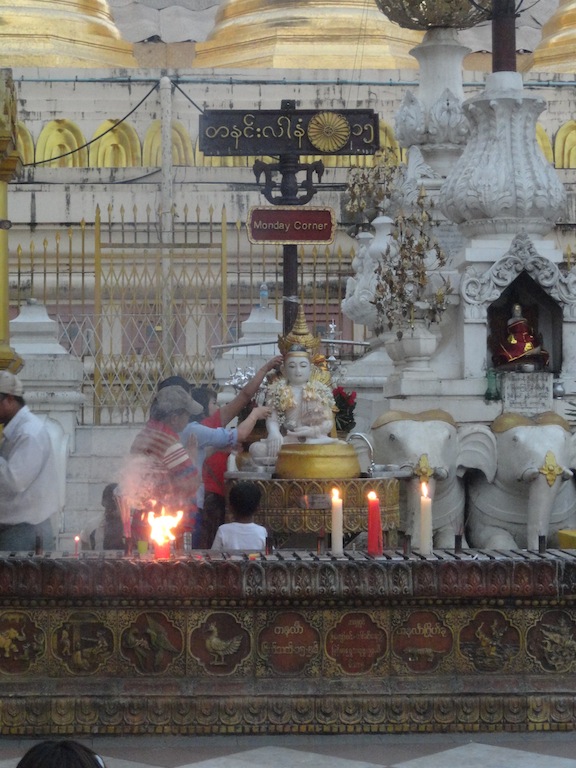 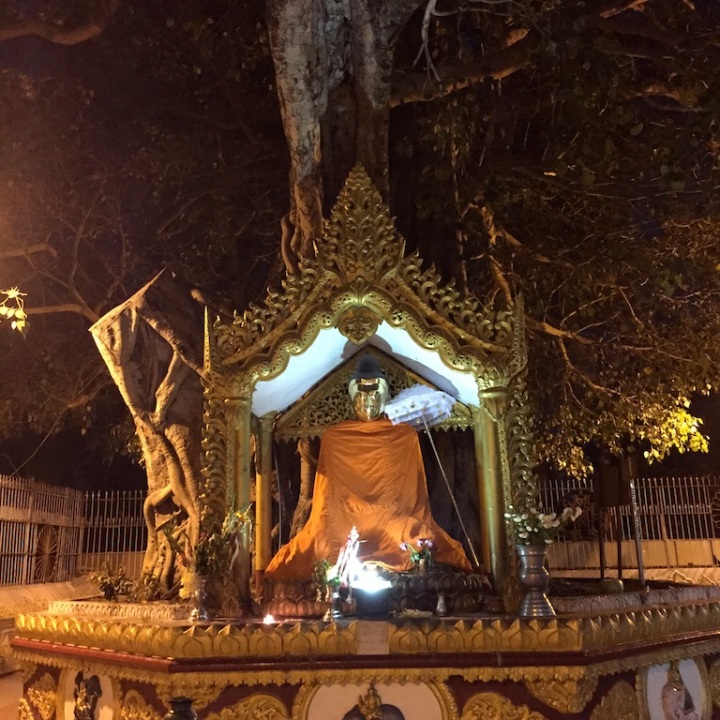 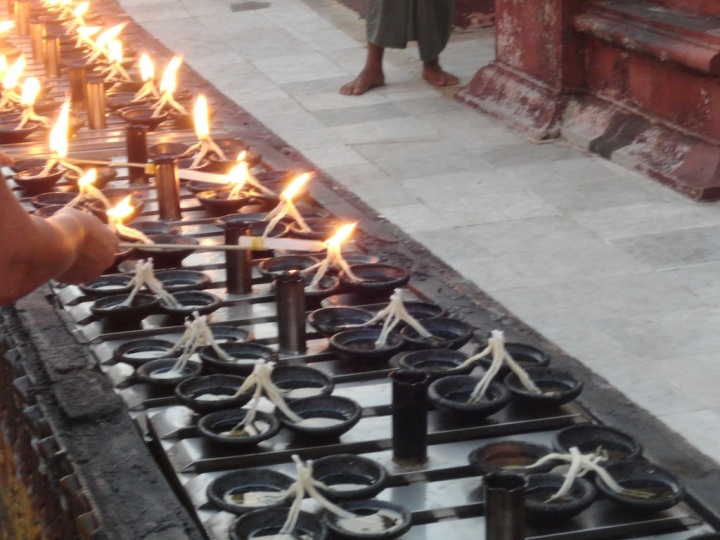 The Rangoon traffic took us 90 minutes to get to the bus stand with 2 minutes to 8! Lucky with a front seat, I settled back for a long 10 hour ride to my next stop, Bagan.