A cup of tea sometimes is all that you need. I firmly standby that no matter how bad the situation, things always look up after a good cuppa. And Guwahati the capital of Assam state was my cup of tea after Nagaland. 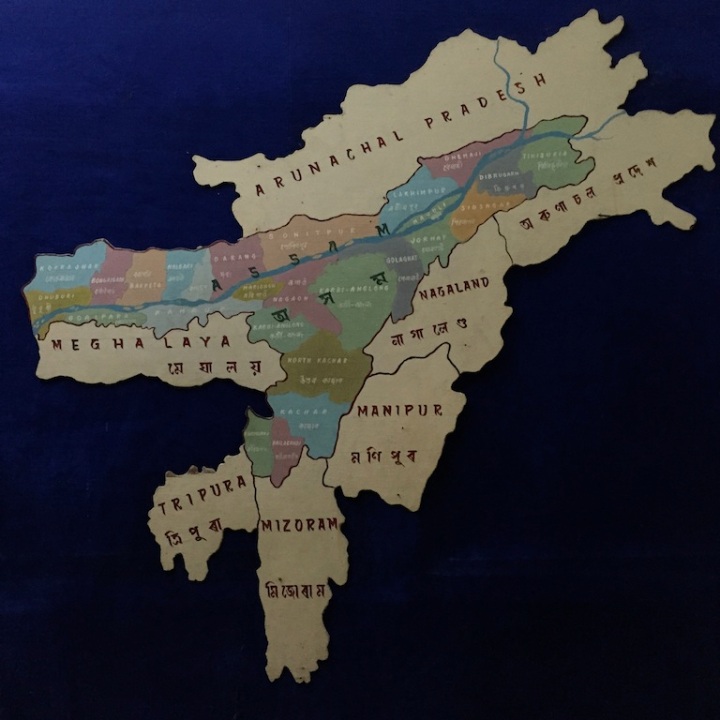 Assam shares it’s borders with Bhutan and Bangladesh. While Assam has its own tribal roots, its more influenced by Hinduism compared to Nagaland. Guwahati is perhaps the most modern city of the entire Indian North East. And I spent some perfectly tempered days in getting to know Assam.

Three levels of the National State Museum has a very good collection and introduction to the culture and past of the state.

The Kamakhya temple is a widely revered temple for the Assamese devoted to a form of Shakti located on a hilltop. A hired auto takes you up and waits for you. Usual temple pundits try and ‘arrange’ pujas on your behalf. I nearly got tangled and then remembered the Kalighat in Kolkata episode and escaped. To be honest, I didn’t go inside the temple because of the long line and I didn’t find paying a fee of 501 INR to get in the ‘fast’ line very ethical. I’m sure Kamakhya Devi will also agree. Later on viber, Suruj said it was ok as well. So it’s fine.

Real treat was at the Kalakshetra. An arts and cultural center which coincidentally was hosting the National Festival of Folk Music, Dance and Theatre. I almost didn’t go but the guy at the hotel insisted I go, he even arranged the rickshaw (I kept thinking he was making some commission with his driver friend) but its recommendations like this that sometimes you don’t even get after paying. And now I think of it, he didn’t make any money out of it because it was every reasonable considering the distance.

Anyway this festival was awesome and I wish I hadn’t hired the ride for the day because I could have stayed there all day. Apart from the performances on at that time, there were art and crafts stalls from all over the country. I walked out thinking how I was going to cover that hole in my budget. But you know those days when you spend money but instead of guilt, you walk away with so much happiness? That.

As if feeding my creative and visual senses were not enough, Guwahati fed me some good, soul nourishing food. Close to Bengali cuisine, many say Assamese is a lot blander. I didn’t find so.

Browsing through the night markets, drinking freshly squeezed juice from street carts, riding and chatting to richshaw-walas, I was back in the India that I so dearly loved.

One thought on “A Cup of Assam Tea”